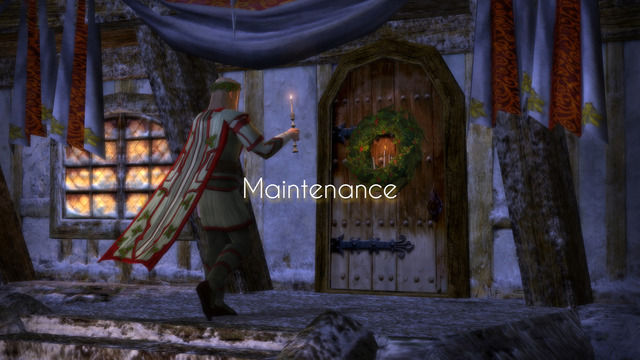 The Yuletide Festival returns! Read more about this seasonal festival on LOTRO.com. This year's Yuletide Festival begins at 10:00 AM Eastern (-5 GMT) on Thursday, December 8th and runs until 3:00 AM Eastern (-5 GMT) on Tuesday, January 3rd. New rewards are available in this year's festival, and seasonal Hobbit Gifts are available during the festival as well!